The story of the explosion of the Powder Tower in 1749

The Powder Tower, situated in the Nicolas section of the city walls, near the intersection of today's Włodkowica and Krupnicza Streets, was erected in the 1630s. It was rebuilt into a gunpowder warehouse in the 1840s.
After a thunder strike on June 21, 1749, the powder collected in it exploded, killing 65 people and injuring nearly 400. The destruction covered a large area between Antoniego and Krupnicza Streets up to the Church of God's Providence at the Kazimierza Wielkiego Street.  43 houses were wiped out, and more than 50 had such serious damages that they had to be dismantled. The buildings of the Franciscans were without roofs and it was necessary to spend money for their reconstruction. The event was commemorated with several graphics, and also a medal was struck on this occasion.
The author of the first drawing, made from nature (Image of the destruction after the explosion of the Powder Tower in 1749) - Carl Albrecht von Goulon - documenting the damage presented four shots.

The most interesting for us is the main view of the picture - from the south-west. section of the city walls in the north-east direction. In the foreground shows  the Dog’s Bastion, and in the background from the left - the Monastery and the Franciscan Church, the Nostiz Palace, tenement houses at ul. St. Anthony to the towers of the Church of St. Elizabeth, the town hall and the Church of God’s Providence. 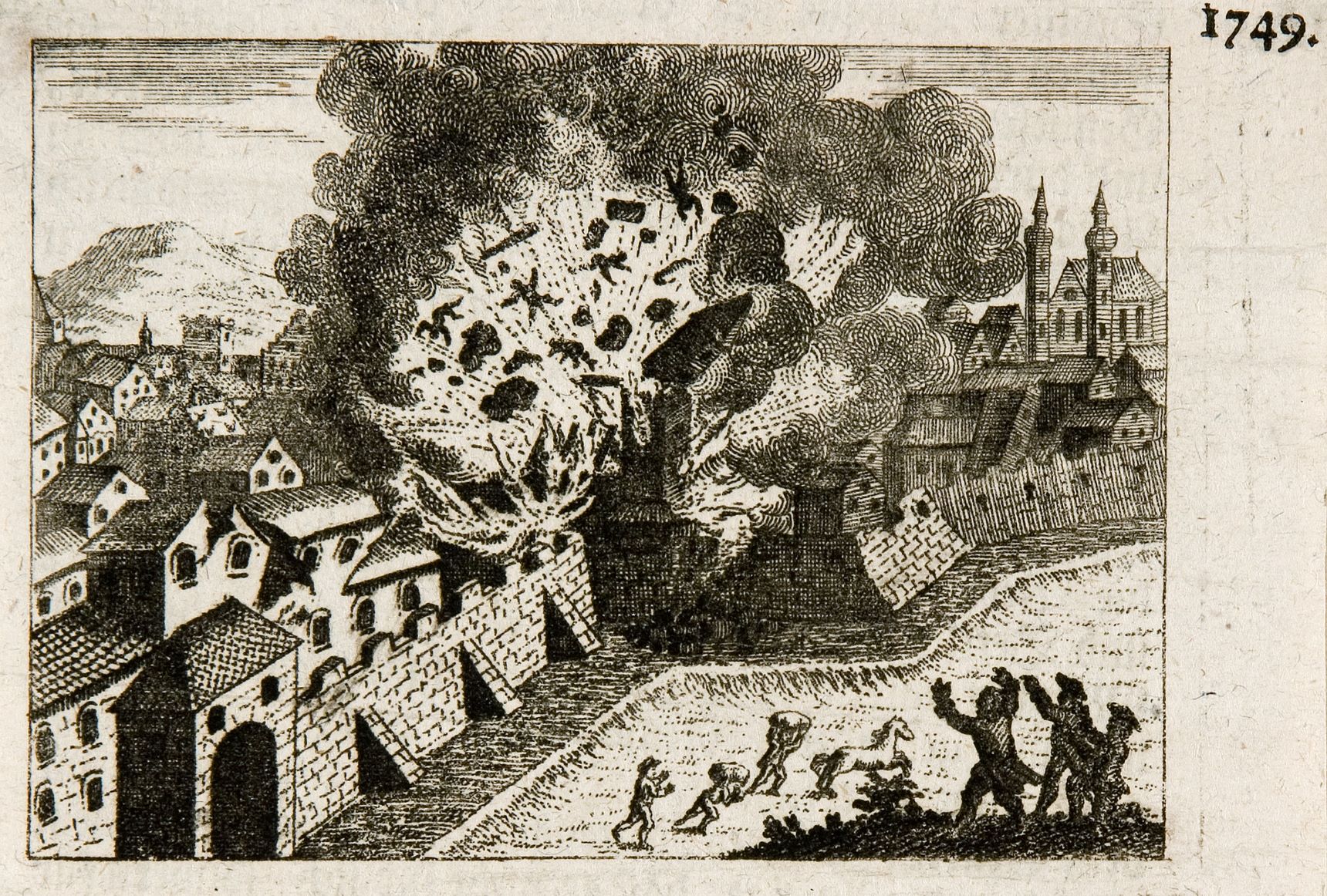 The second engraving by an undefined engraver (The Powder Tower Explosion in 1749) shows the center of the explosion with tiny figures of people and animals thrown into the air by the force of an explosion, as well as the adjacent city walls.

(text based on the publication of the National Museum in Wrocław - Iconography of Wrocław, vol. I and II)