The monastery complex of the Franciscan Order was built in the years 1680-1694.
It is the oldest building at the Włodkowica Street and has an extremely interesting history. 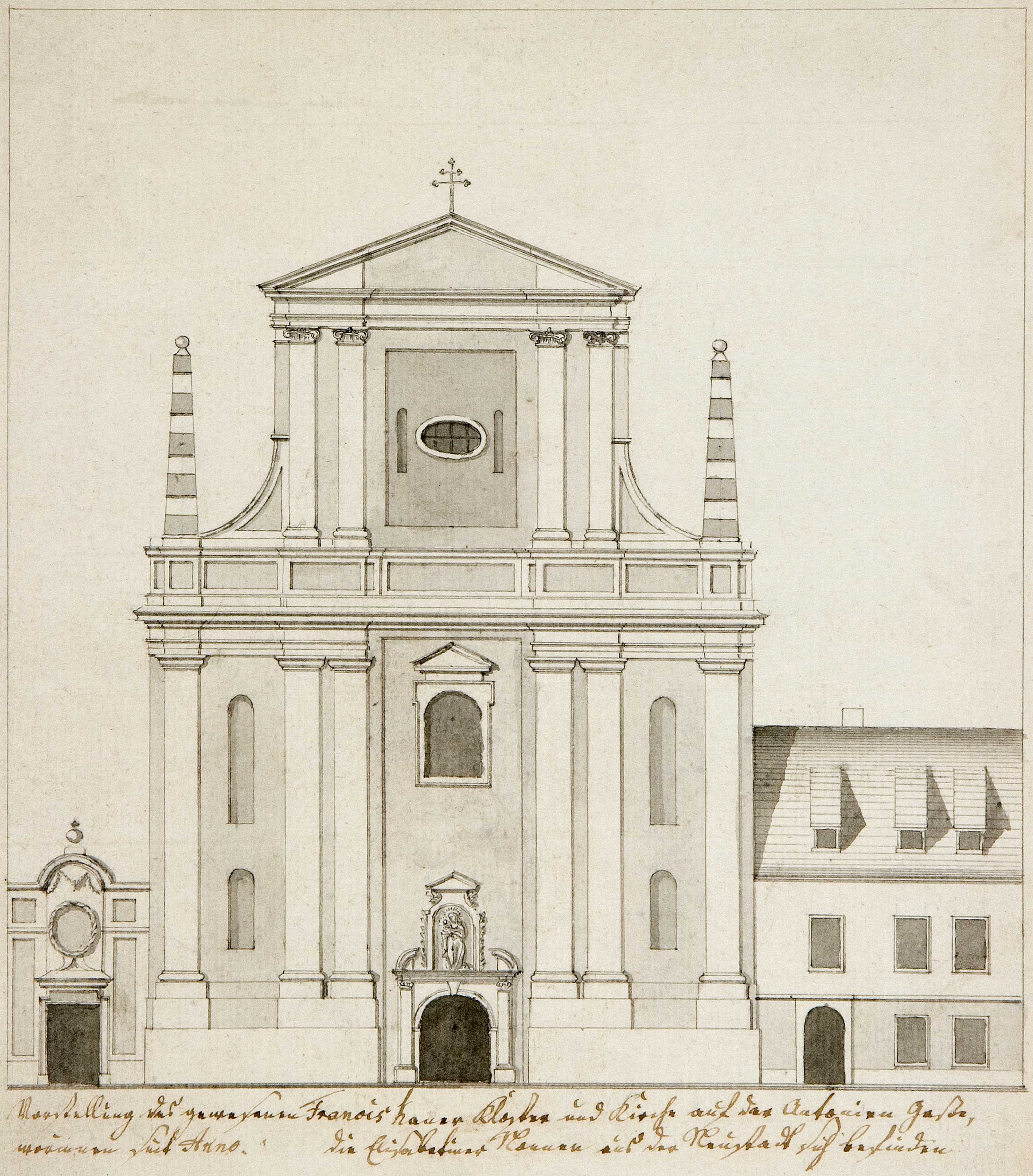 The Franciscans received this area along with a subsidy of 10,000 thalers from the city authorities as compensation for the lost church and monastery at the. Bernardyńska Street, where the Museum of Architecture is located, actually.
Its architect was Matthew Biener, who together with his student Martin Loeffler in the years 1685-1692 also managed the construction of the church of St. Anthony of Padua.
The monastery buildings have the quadrilateral shape with an internal courtyard, on which to this day stands a historic well from 1729, as evidenced by the date engraved on the bas-relief.
The monastery is connected with the church by a long, 7-span corridor.
In 1792, almost 100 years after the build of the monastery and the church, the Franciscans were forced to hand over both buildings to the Elizabethan Sisters, who were more favorably disposed by the city authorities at that time. The Elizabethan nuns quickly expanded the monastery by adding a new wing on the south side, designed by K.G. Geissler.
In 1819, they bought properties on the other side of the Włodkowica Street, where they established a pharmacy garden and an orchard on the site of the demolished fortifications.

In the 1930s, the monastery was a meeting place of the ecumenical discussion circle "Una Sancta", whose aim was to reconcile nations and Christians.
Here, Wroclaw Catholics and Evangelicals met, invited by Fr. Hermann Hoffmann and Fr. Max Josef Metzger, founder of the Una Sancta fraternity in Germany, opponent of National Socialism, who was martyred in 1944. Since 1996, the tradition of ecumenism has been cultivated by the inhabitants of Wrocław as part of the "Mutual Respect District".
The Elizabethan Sisters remained in this place until 1945, when the monastery buildings were taken over by the Salesians, who eight years later in 1953 were forced to hand over this place to the needs of a dormitory for students of the University of Wrocław.
Afterwards the monastery buildings were converted into communal apartments. 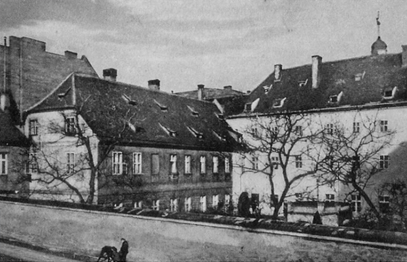 In November 2016, the city sold the historic building of the former Franciscan  Monastery - for the Castellum Construction and Conservation Company, which started work on restoring this place for hotel purposes in 2019.

YEAR 2021 - this is the moment where our common history begins - Guests and employees of the Herbal Hotel in Wrocław. 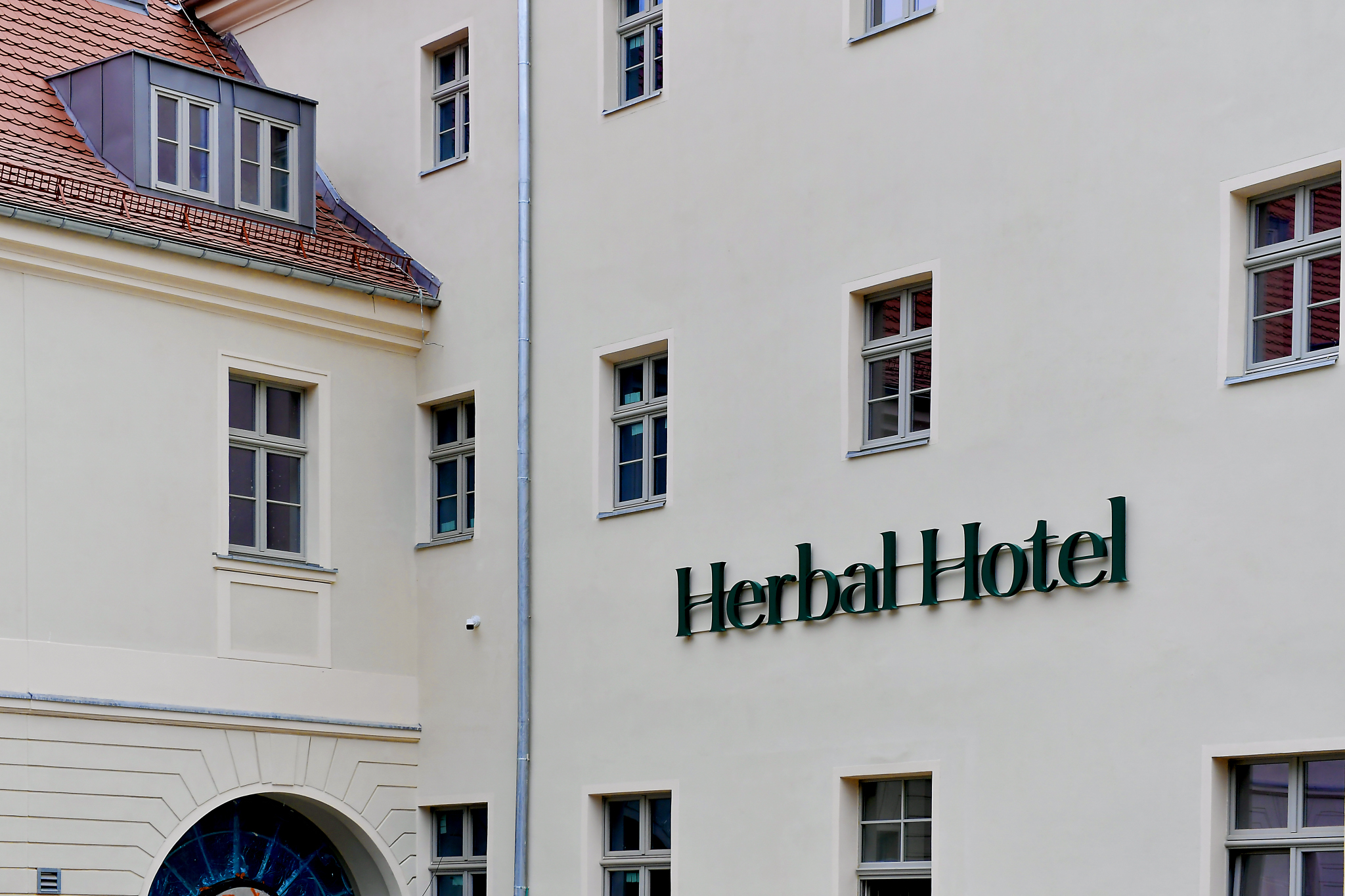